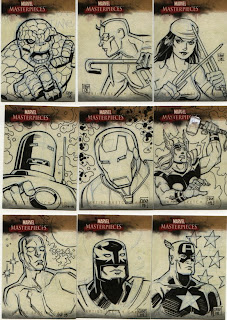 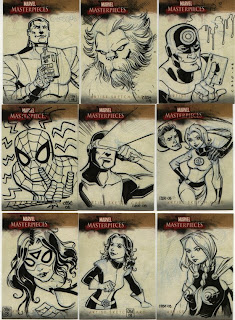 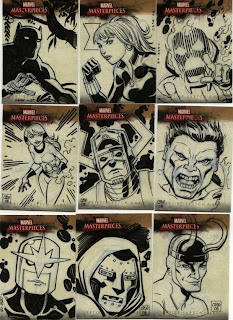 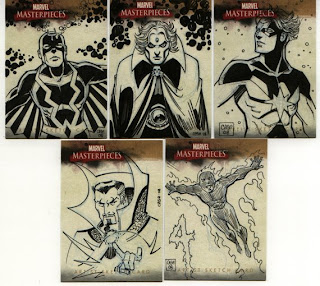 Posted a bunch of these a few months ago, but now that they've been released, I've been asked to show the rest, so here they are! 50 in all, collect 'em all kids! Unfortunately, no bubble gum comes with these...
Posted by Unknown at 4:37 PM 4 comments: 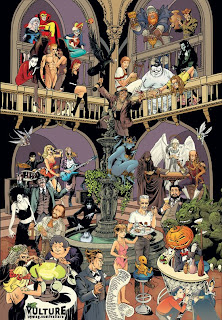 An anniversary of a different sort. Sandman's been around for 20 years if you can believe it. Coincidentally, Grant Morrison and my run on Doom Patrol started around the same time, part of DC's push with British writers re-vamping their older characters. But Sandman was different, as Neil Gaiman created a completely new property and mythology, with only some minor ties to DC characters of the past. And of course, as the series progressed, it grew further from those ties, and more entrenched into its own entity.

Along the way, I was blessed with the opportunity to work on the series, to ink Marc Hempel on the Kindly Ones storyline. Definitely one of the highlights of my comics career, as Marc's pencils were just so fun to work on. His amazing sense of design, draughtmanship and use of light and shadow was an inspiration to me already, but even more so when allowed to work over his pencils. A true joy to work on. Not to mention, the story was pretty good too!

Recently, I was asked to pitch in on a poster celebrating Morpheus' 20 years. It's a jam poster with art by various artists that worked on the series over time. It was designed by Mark Buckingham, and then each artist was asked to draw in a particular character. Some real talented folks involved here, an honor to be asked to join them on this.

And here's a close up on Nuala, along with the rough sketch. I was asked to make her look a bit more sour in the final, and yes, those are eyeballs she's serving for the Corinthian to enjoy. 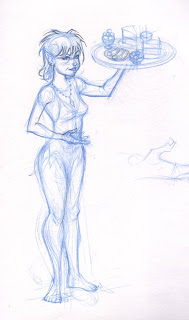 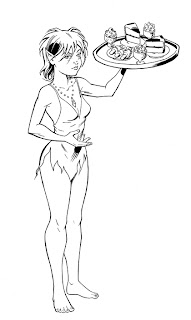 And while I'm looking back, here's a sketch of Nuala I was commissioned to do in a fan's hardcover copy of Kindly Ones, with those great white endpaper that were just begging for cool sketches in white pencils or silver markers... 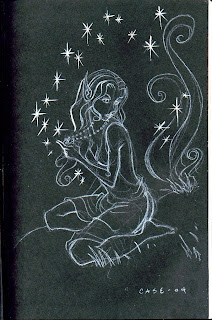 Pleasant Dreams!
Posted by Unknown at 9:04 AM 4 comments:

Since our pal Mike died. It still doesn't seem real some days, like he's just gonna call or write me an email... but no. The Isuzu Rodeo that looks like his that I see near our old studio is being driven by a soccer mom, and when I see some cool comics that I want to share, well, I'm going to imagine he already knows about them before me.